The Stirling Range National Park is famous for being the Southern half of WA’s only large mountain range, with its peaks rising to just over 1000 metres above sea level. The Range spans across 65 kilometres from west to east and is also an internationally recognized as a haven for over 1500 plant species, with impressive wildflower displays during the Spring season. It is only about 2 hours away from Albany, and about an hour from Mt Barker.

The Stirling Range National Park is well known for great bush walks, with popular hikes up to the mountain peaks. The most popular being Bluff Knoll, the tallest peak, at approximately 1094 metres above sea level. The other peaks include Toolbrunup Park, Mount Hassel, Tolyuberlup Peak, Mount Trio and Mount Magog. There is also a great drive along the Stirling Range Drive, where you’ll find yourself winding through a picturesque 42km stretch of unsealed road between the mountains, with several look-outs along the route. Around just about every corner is another magnificent spectacle. The National Park is surrounded by farmland, which contains many paddocks of Canola, which flowers with millions of bright yellow flowers in late winter, and makes for stunning scenery with the mountain range standing tall in the background.

It’s also one of the very few places in Western Australia where snow occasionally falls. With such a diverse landscape, this area is brimming with sightseeing and photographic opportunities.

This selection of Stirling Ranges Photography is available as framed and unframed prints in a variety of media. 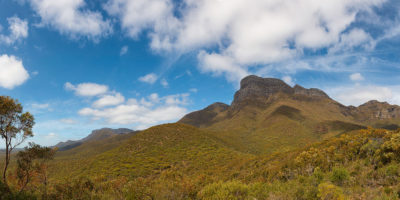 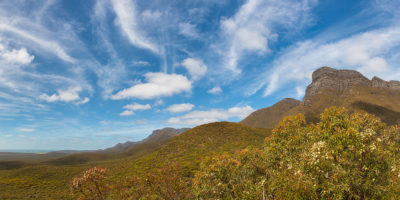 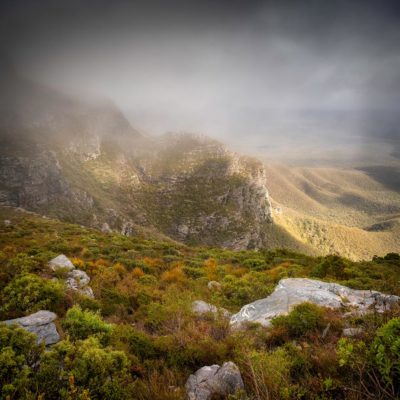 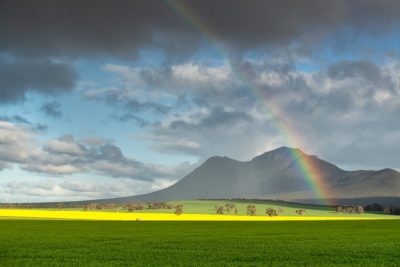